I studied philosophy in university, and towards the end of my first degree I was exposed to existentialism, a philosophy that emphasizes choice. I was very impressed with the existentialists. Among other things, these philosophers emphasized the idea that all of life is made up of choices. Life is choice.

While in a larger cosmological sense the existentialists also liked to point out that all this choice is ultimately meaningless, that’s not what impressed me — I’ve never been able to shake a fundamentally optimistic outlook on life. Rather, what I liked about the idea was this: that while we are forced to choose the goods and evils we will pursue in life (hopefully, the goods we pursue and the evils we avoid), each time we do choose, we contribute to a process of self-creation. We define our own essence.

Ok, so there’s a lot more to it than that. If you’re interested, you should start with the famous lecture by Jean-Paul Sartre that I'll put at the end of this post.

But this is what got to me, and still does, more and more. In life, we have to choose the path we will follow, and at every stage we must, if things are going well for us, decide whether to pursue this good thing or that good thing. We cannot have it all, and we shouldn’t want to. But at each stage, the choice makes us more of who we are becoming. And we never stop becoming. 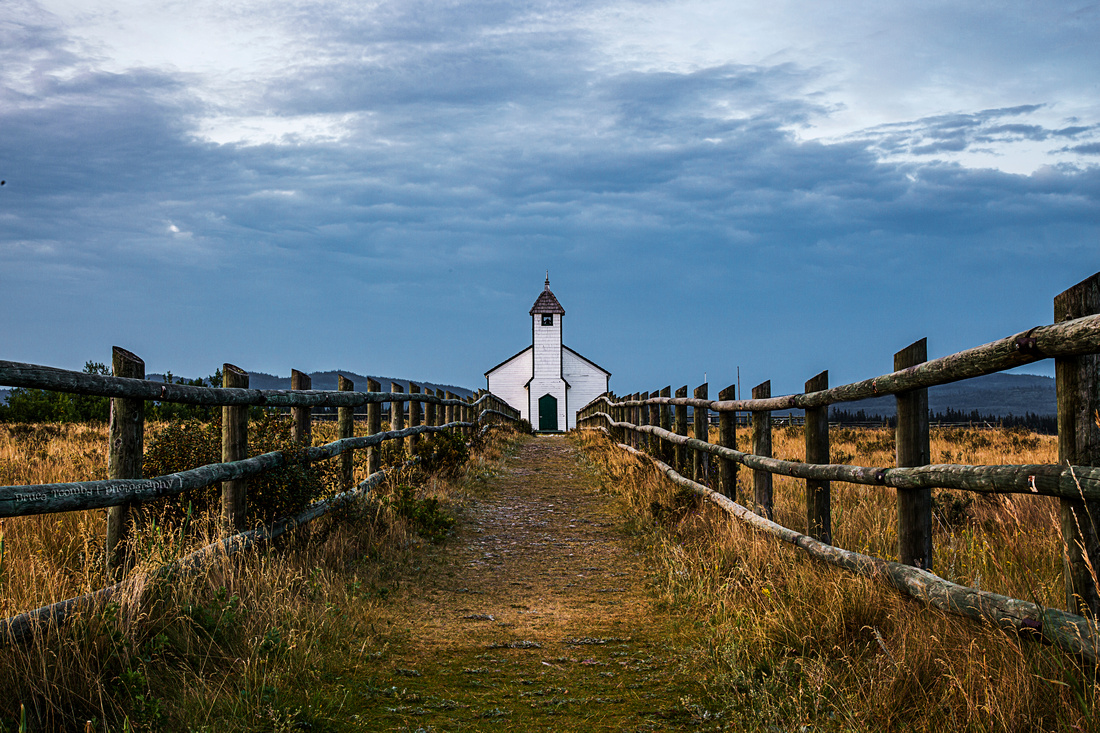 McDougall Memorial United Church — Alberta, CanadaI don't do a lot of landscapes, but from time to time, I like to go out as the sun is rising, to photograph the world — again, often the human world. I don't really see a clear distinction between the "natural" and the "cultural", but it is still true that I am more likely to photograph things that people made than other kinds of things.

So it is with me - at the end of high school I chose an academic focus rather than the artistic one I had had in my teen years. In university I chose a faithfully religious path and took on leadership roles in that. Later on, I chose graduate school and began questioning my earlier beliefs, starting to focus on politics and political activism while gradually abandoning my earlier faith. Rather than writing novels I wrote essays; rather than performing on stage I gave speeches. I became a teacher. I worked on political campaigns and ran for office. I tried to help in the fight for equality and against poverty, both at home and world-wide. I became involved in the labour movement. 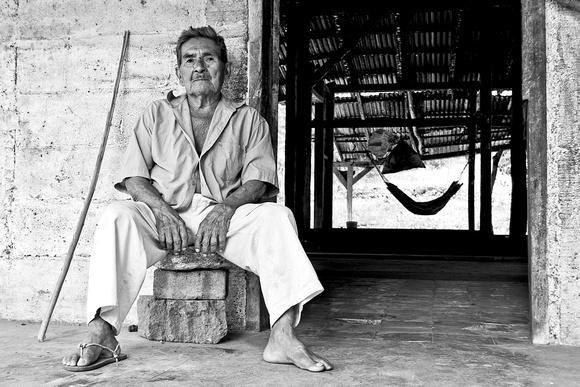 Sr. Luis - Laguna de Apoyo, NicaraguaAs I became fascinated more and more with photography, I came to realize that it is in photographing people I find the most joy.

I chose to live with an amazing woman for just over a decade, who shaped me in ways I'm still figuring out several years since we chose to end it.  I don’t claim to have been important or even particularly successful in any of these things, only that they are the choices I made and they shaped the person I became.

But in the context of all that, the artist I was becoming in high school kept stirring. I wrote some poetry and the occasional story, sometimes in secret and just for my own pleasure. In 1997 I took up photography for a while and dropped it, and then picked it up again in 2003 when digital media started to take off. I started choosing to express that side of myself. Without ceasing to be the teacher/academic/activist that I still am, and without really understanding it, I found myself indulging the old resurgent “me" who loved the arts.  I started adding “artist” to the recipe of who I was, again without really seeing what that meant, at least at first.

And so I chose, and I am still choosing, to be the person I am becoming. My focus is shifting. I’m still an activist, but I don’t volunteer for every campaign and I don’t think my greatest contribution is in political action. When my voice is heard I want it to be more the implicit statement of the artist than the logical argument of the essayist. (And yes, some of my friends will rightly point out that this is still politics. Peu importe).

All of what I have been is good: person of faith, political activist, educator, partner, artist… and sure, there are some things I might approach differently if I could get a do-over, but I’m basically happy with it all. I have gained much more than I have lost through my choices, and I am happy with who I am becoming.

Will I change the world with my art? Probably not, to be frank. Am I happy to let myself be changed by it? Absolutely. I believe we each have the obligation to be the best selves we can be, and to contribute from that to making the world around us better than it would have been without our presence.

Am I doing that? When I’m gone, others will decide. But I think I’m on the right path.

If you're interested in the idea of Existential Choice, I suggest you start by reading Jean-Paul Sartre’s essay, L’existentialisme est un humanisme (in English, “Existentialism is a Humanism”).

and in English translation here: