The idea that each of us can and should try to become the best version of ourselves is so common in popular culture that saying it feels like repeating a meme: imagine a picture of a leaping cat, or a unicorn or something, overlaid with the caption "be your best you". It all seems very trite and simplistic. 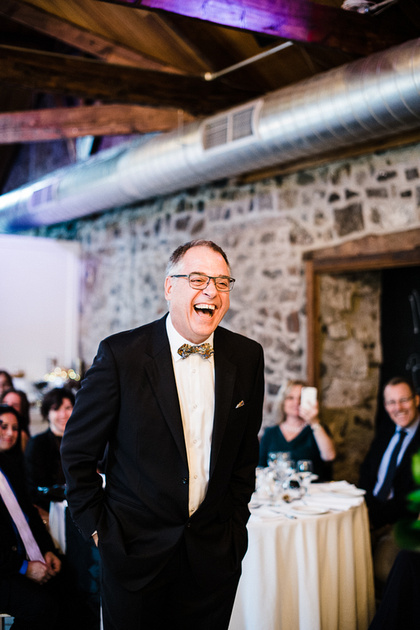 A photo from my wedding, by Erin Lafrenière (www.photoerin.com).

But the fact is, nobody's static. Each of us is always in the process of becoming the person we will be.

My father once told me about what I've come to call the 'campsite principle': enjoy the world you live in, and leave it a bit nicer than it was when you arrived. Over the years, this principle has become a bit of a motto of mine.

But as I grew, that whole thing about making the world a little better got mixed up with my ego and morphed into the idea that I should make a "Big Difference."  So I got involved: I ran for Parliament and did some other things. I made a small splash in the big pond. And lately, with my wife's help, I've started to understand that my real Big Difference is actually the cumulation of all the small positive effects I have had over the years as a teacher, activist, artist and friend.

That's an idea that is neither trite, nor simplistic. It also takes me straight back to that first thing, because if my Big Difference really is the sum of all the small positives, then for me to make a better world, it is absolutely crucial that I become the best, happiest, strongest version of myself.

When I'm my best self, I'm a husband, parent, activist, educator, and artist, and more besides. I am happy with who I am and who I am becoming. My art might not change the world, but I am very happy to let myself be changed by it.

When my parents gave me my first camera at age eleven, I promptly made a photo of my Aunt Doris from a low perspective. I learned from the result that women do not want pictures of the insides of their noses. 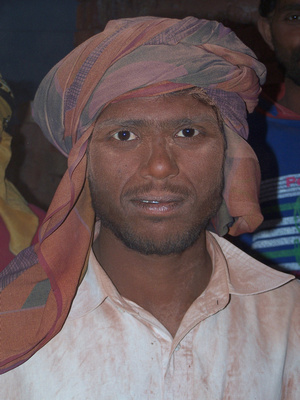 A photo that changed my perspective. I made this portrait while traveling near Lahore, Pakistan. I never learned his name. He was identified to me as an indentured brick maker.

Aside from such childhood exploits, I have been photographing people with intention since around 1998.

I think I got really serious about it one day in 2006 when I made a picture of a young man working at a brick factory near Lahore, Pakistan, whose name I never learned, and who was identified as an indentured labourer. The picture to me was haunting. It was something about the red brick on his skin and clothes and most important, his eyes. Had my camera caught something below the surface? Was it just my imagination? I wasn't sure. But I knew I had to do it again.

Since then, I have been made it my goal to make photos that capture something true about the person before my lens. In the process, I have found myself helping people to delight in themselves, to better perceive themselves the way the people who love them do, and somehow to see their own strength, wisdom, resilience, boldness, and beauty. The right photograph can influence the direction of your life. It can help with your becoming.  And it can make you happy.